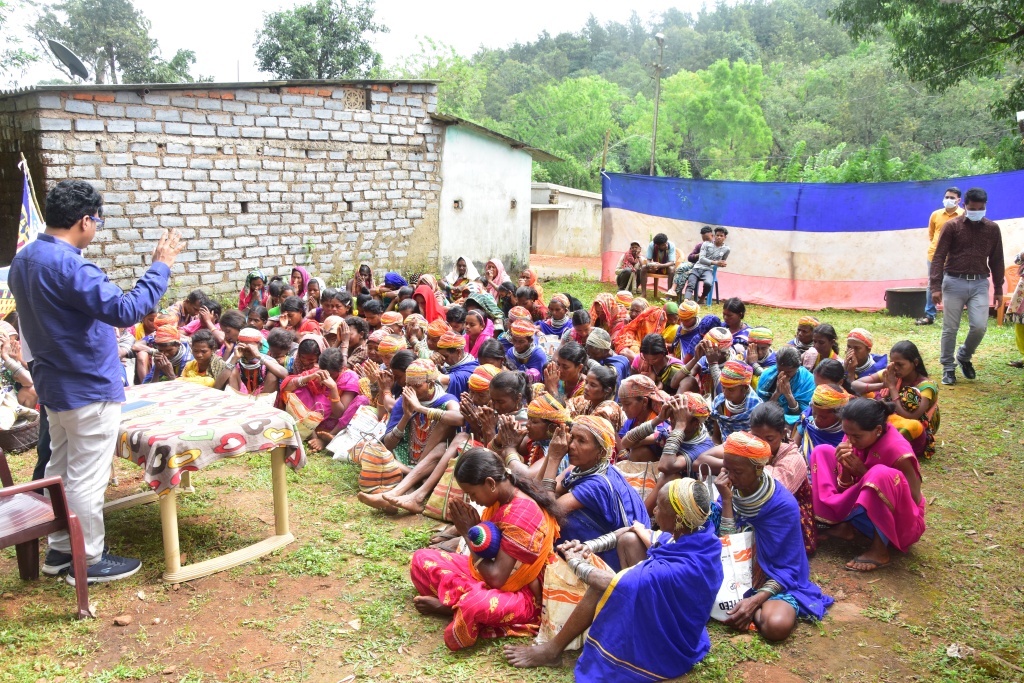 Once every six months we are outreaching for many churches and encouraging many in the region of Orissa. This place is still dangerous for the Gospel but where He calls He leads and protects too.

In the year of 2009, 5000 Christians were killed by the Hindu rebels and many churches and houses were burned down by them. We have already distributed 1,500 Bibles in different places, and 30 bicycles to the poor pastors.

We are also working in the prisons and helping and spreading the good news of forgiveness in Him. We ask for your prayers for the safety of these people and we also ask that you would pray for God to bind the work of the enemy in this region. As funds become available we will continue to pass out bibles and tracts while also aiding with humanitarian support.

Blessed are those who are persecuted because of righteousness, for theirs is the kingdom of heaven. Matthew: 5:10

If the world hates you, keep in mind that it hated me first. If you belonged to the world, it would love you as its own. As it is, you do not belong to the world, but I have chosen you out of the world. That is why the world hates you. Remember the words I spoke to you: ‘No servant is greater than his master.’ If they persecuted me, they will persecute you also. If they obeyed my teaching, they will obey yours also. They will treat you this way because of my name, for they do not know the One who sent me. If I had not come and spoken to them, they would not be guilty of sin. Now, however, they have no excuse for their sin. He who hates me hates my Father as well. If I had not done among them what no one else did, they would not be guilty of sin. But now they have seen these miracles, and yet they have hated both me and my Father. But this is to fulfill what is written in their Law: ‘They hated me without reason.’ John: 15:18-25